Here’s some thought provoking marriage advice from famous Oscar winning actor, Michael Caine. Now an octogenarian, Mr. Caine shared his cheeky and insightful views about the secrets to having a long-term and happy marriage during an interview with Esquire Magazine. He had several interesting perspectives. Let’s take a look. 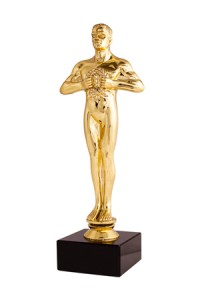 During the interview, Mr. Caine was asked about the important elements to maintaining his successful marriage. Well, his first answer was to always have two bathrooms! We told you he was cheeky! So, the gist of this suggestion was to avoid sharing a bathroom with your wife or you will probably have trouble getting in there for your own shaving, teeth brushing, and other needs. Interestingly, we have first-hand knowledge of another couple who were very happy after they married, not just because of the usual love and marriage reasons, but also because their new house came with two bathrooms so they wouldn’t have to share one bathroom and toilet anymore. So, perhaps there is really something to this idea, even though we haven’t come across this while reviewing marriage research studies yet!

Next, the actor reported that he and his wife are both equal partners and indicated that this was “terribly important.” Mr. Caine indicated that they both work hard each day in their own way. In their case, he stated that she is not “the little woman” but that “she runs the whole business” while he works on screen. This highlights the importance of valuing the work and efforts that each partner of the couple does for the good of the family, the unity of the couple, and the success of the marriage.

This is in stark contrast to having inequality in a relationship. Inequality in a marriage often contributes to lack of respect towards one spouse initially and then to mutual lack of respect. This all prompts instability and distress in a relationship. What might “inequality” look like? It’s when one person starts to feel and act as if they are “more (important) than” their spouse. They also use words and actions to convey this and may become more controlling and possibly even aggressive in time. So with his second idea, Michael Caine shares an insightful ingredient to marriage success- become partners that are both working hard, both equally valued by each other, and working towards a shared vision as a couple.

His final tip for having a successful marriage is: “You must not lead parallel lives.” Mr. Caine explains that parallel lines do not meet and suggests that in a marriage that would be the equivalent of leading more and more separate lives. This would be where perhaps your spouse doesn’t go with you often and then doesn’t know some of your friends. Also, you start spending less and less time together and leading separate lives (parallel lives). He reports that in his marriage, they are usually spending time together and know each other’s friends. He states that “you’ve got to introduce your wife to everything.” To summarize: Avoid parallel lives and introduce your husband or wife to everything so that you generally are participating in life together as a couple, rather than leading separate lives.

And although it is important to have some personal time and interests as well, both for balance and respect in a successful marriage, certain things will create parallel lives that can work against you if you are trying to have a happy marriage. Destructive parallel life behaviors can include keeping certain relationships secret, not inviting your spouse along (they can say yay or nay, but at least ask), and spending more and more time away from your spouse and with others instead.

So it turns out that Mr. Caine shared some good marriage advice from his experience in a 40+ year marriage. Hopefully another one of his legacies can include touching the lives of some couples with his suggestions as couples endeavor to likewise have their own successful, multi-decade marriages.

Elizabeth Hekimian-Williams with Envision Love, LLC offers a fun and interactive online premarital preparation course that provides couples with more ideas and opportunities to bolster their relationship. Visit http://www.FLPremaritalCourse.com to get started on the path towards enjoying a long-lasting and happy marriage.