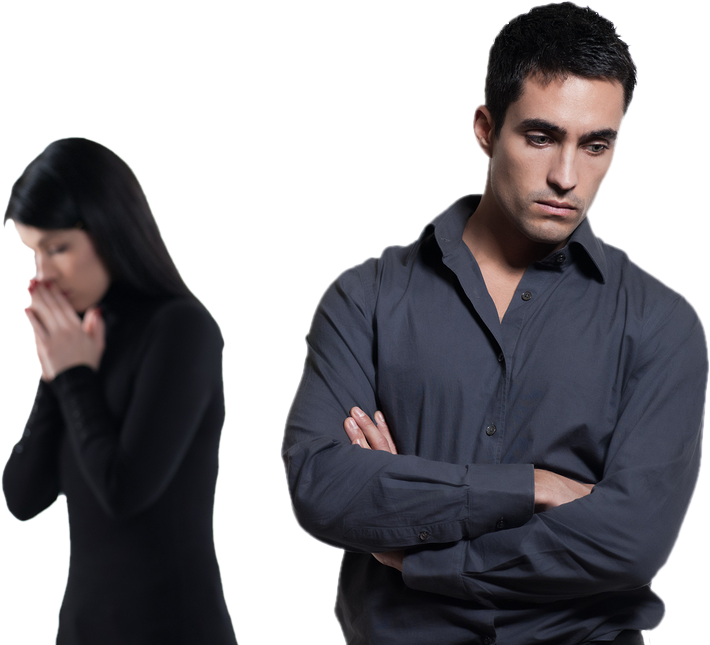 Here’s a scenario. You and your spouse are having a disagreement. Each of you has a different idea about the issue of contention. How can you get past the frustration and handle this disagreement in a productive manner?

First, you need to decide what “handle this disagreement in a productive manner” means to each of you. Then, that will guide you towards an end-goal during your discussion. The interpretation of that phrase is what leads you down one road or another and towards a goal. It’s as if you’re at a fork in the road. One road leads to more arguments, anger, and perhaps even insults and verbal abuse. Yet, another road leads to keeping the peace, continued happiness with your partner and keeping a happy home.

As an illustration, consider that making the decision to turn onto one road is when you decide what goal you prefer to follow. Then, driving the car down that road equates to the steps you take with what you think, say, and do during the next few minutes or hours with your partner so you can get yourself down the road you choose and to your end-goal there.

If one of you interprets the phrase “to handle this disagreement in a productive manner” as meaning “I will get what I want” (because what I think is the best way and so of course it’s the most productive way to handle the disagreement) and your partner interprets that phrase similarly (so they think their idea is better and they will also fight tooth and nail to get it), then the two of you will be locked into an escalating fight where the goal is to control and win (what only one person wants). In this case, each person has as their end-goal “to win with my idea.” Unfortunately, this road typically leads to a worse conflict where neither truly “win” because of what they also “lose” (the trust, respect, good feelings from their spouse).

If you choose to think and act like that couple, then you and/or your partner might be:

1. Intimidating the other by yelling louder or interrupting them so they can’t even put forth anymore of their thoughts

2. Insulting the other so they will buckle and accept your idea instead

On the hand, if you are part of a couple where you each decide to interpret the phrase “to handle the disagreement in a productive manner” to mean “we will agree to some solution to resolve the current issue, if possible, but the main goal is always to maintain the well-being of our relationship and stay respectful, loving, and happy together” then you will not be locked in a fight where the goal is to control and win what only one wants. In this case, your partner’s happiness, ideas, and feelings are a top priority and you want to maintain a happy home. So you and your partner go down a road where each is saying and doing things towards that end-goal by calming the situation and winning by gaining ongoing good feelings towards each other in a respectful and loving relationship.

If you choose to think and act like that couple, then you and/or your partner might be:

1. Thinking of more alternatives: discussing more ideas until you both agree to one, even though the “solution” you decide on may be one that neither of you originally proposed- however, you are both “satisfied enough”

2. Standing down- letting your partner get their choice instead so you both stop arguing and continue happy together rather than angry with each other

3. Supporting your partner’s feelings even though you don’t agree with their proposed solution (example: partner is fed up with kids that day and proposes selling them online – instead of yelling that your partner is stupid for thinking that way, you give your partner a hug, say you’re sorry they had such a hard day with the kids, you know the kids can be extra challenging some days, and ask what can you do or both of you do now to help alleviate your spouses’ distress)

5. bargaining or negotiating such that you or your partner get what one wants now but only by also making the other one happy by giving them something in exchange now or in the future, and both of you are satisfied with the deal

This second scenario of resolving a disagreement in a productive manner is one that generally leads a couple down the road to having a stronger, respectful, and happier relationship. With such a couple, they both do all they can to make choices in what they say and do to keep the closeness and happiness they feel in their relationship as their first priority, even when they (at least initially) disagree.

Ultimately, though, this couple chooses to agree on one very important thing. They agree to put the topic of disagreement in the background (as less important) and to put their relationship first.